We set out again, our green boat captain Hari greets us at Mir, her Bow eyes wink as we depart for our day of science on Bali’s reefs. Our mission for the day is to visit Kelor, the

tip of Bali Barrat National Park, just across the narrow channel from the Island of Menjangan.

I didn’t sleep well last night, the food didn’t sit right with me. My small bunk was hot and I had a dream that someone had crept in, their smoky breath woke me up. They had my lower lip in their teeth, they bit down hard and hissed Shhhhhhh.

But I can’t be quiet about this. So many have disappeared quietly in the dark.  We act as if there was nothing we could do. But there is, we can call attention, wake up! Entire species are going extinct in front of our eyes !

As a child we have big dreams of making a difference in the world, some how making it a better place. Then adulthood hits, and we are told to grow up, get a job, pay your debts, find a nice place to live, put your wild dreams aside and start living in reality. For me, being an honest spirit, adulthood means materializing those dreams into realities.

Back to my current reality, I am living on a beautiful old ship crewed by the Biosphere Foundation who have invited me to be apart of their coral reef survey on some of Indonesia’s most beautiful reefs in North Western Bali. I am one in a crew of nine. A line to describe them all;

This is our scientific crew, all have unwavering commitment and have sacrificed time in their lives to write this story so that unborn generations may have a chance, a record and most of all a will to learn from their ancestors. I overheard Lasor say, “ We’re not doing this for our lives.” True, were doing it for strangers, people we will never meet and people who will never know our names, but the story will be told.

The story of a beautiful realm that thrived beneath the waves, full of color, diversity, and every shade of life you could imagine.  A story about the struggle to survive as their world became viscus with sediment and pollution. Plagued with disease and rampant with slaughters and kidnappings. Slowly this kingdom began to disintegrate, and the other kingdoms that were supported by this vibrant foundation began to crumble.  But the greater consciousness realized that it was not separated into independent kingdoms supporting diverse organisms, but apart of one living organism that was created by all the biodiversity.

This one organism was so complex and had such an awareness of it’s self that each part had developed it’s own identity and awareness down to the individual unit of life. Alas, it had forgot that the self awareness it possessed was plugged into the collective consciousness that made the entire creature. Like the legs of the octopus, each one armed with it’s own brain and will, but if the legs are not working together to care for the octopus, then what is the benefit to the leg?

This story we tell is still being written, it has no end. We are all writing our piece, and this team has come together at this moment in time to put together this witness statement of where our history has led us. A testimony so the unborn remember what happens when you forget where you come from. What happens when pieces of the whole are sacrificed for the well being of a few.  What happens when we stop being conscious?

The collective unravels into unrecognizable pieces cascading down showering us all in blinding debris. We can’t see, we can’t breathe, but if the story told by honest spirits can be remembered, and echoed through the fabric of consciousness, the collective can be re nit, and the creature will become conscious once more. Never in the it’s previous form, but continuing to contribute to the experience  of life. Evolving, and most of all participating in this universal story. 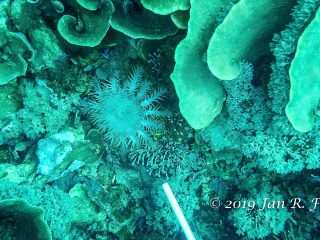 Previous Post (p) Trees to Seas in the News 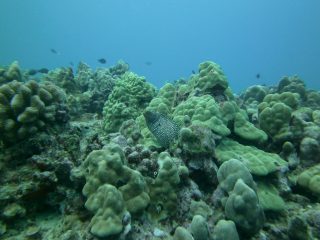