Bali is one of the islands within the country of Indonesia. It is a special island culturally, spiritually and ecologically. Focusing on the marine ecology and conservation I want to take you to the North Western corner, across from the island of Java, there lies a small sacred Island Called Menjengan. Only monks live within the Temple walls of Ganesha. Beneath the island some of the most beautiful reefs I have ever seen exist. Due to the explosion of tourism, the reefs became vulnerable  to boat anchors and  snorkelers and divers unaware of how fragile corals were. In recent years the Biosphere Foundation (www.biospherefoundation.org) took it upon themselves to reach out to the local divers to develop a mooring buoy team.

This team set out 35 moorings and taught the captains how to use them. This slowed down the degradation of the reef. However tourists still come and damage the reef due to their ignorance about the fragility of the ecosystem. The next step was to help the Mooring Buoy Team position themselves in the tourism industry so they could raise the awareness of visitors and the industry itself. A local guide who sees the reef every day has the power have a lasting impact on how tourists truly interact with the reef. They are the ones  responsible for the people who may touch, smash or stand on the reef. This is why in June 2015 Trees To Seas raised money to  train 2 local Balanese on the mooring buoy team to become Dive Masters. This will help them to be better stewards of the reef and spread the awareness of reef conservation to tourists and other Dive operators.. The following year myself and Phil Dustan came back and teamed up with the Biosphere Foundation and did a comprehensive reef survey that was part of a data set that had begun in 2000. It was last repeated in 2011. With the help of locals we added two more sights to the survey. One in particular is a locally agreed upon Marin Managed sight called Putri Menjengan (Princess Menjengan). This sight was spearheaded by one of our trained DM’s from the previous year. 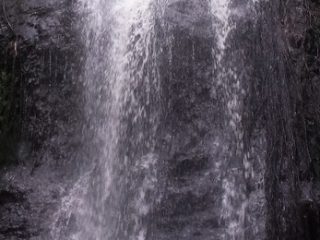