Learning about the Watershed and it’s connection to the ocean

Palolo is a community on the south side of O`ahu. Trees To Seas became interested in Palolo Valley because of its unique watershed, also known as Ahupua`a within Hawaiian culture. This valley is unique in many ways, but one reason is that Palolo is fed by a high altitude swamp, made by an ancient crater that had filled up with water, known as Ka`au crater.  The valley benefits from this fresh water by deriving their drinking water from the crater. The stream however enters the neighborhood and becomes channelized. Trash of all kinds can be found in the stream as well as invasive plants and aquatic species. The focus of the Palolo Stewardship program was to educate the public about fresh water, the path of trash and how we are connected to it.

Headwaters: the upper watershed where there is little human impact

Channelization: Where the stream bank had been cut out and cemented to prevent flooding.

This program was expanded to an afterschool program at Jarrett Middle School which sits next to the Palolo stream. The middle school students observed the path of trash, painted “no dumping “signs by the storm drains and did a stream clean up in the channeled area of the stream.

Trees To Seas adopted Palolo Stream 2016 and conducted stream clean up’s with volunteers for 3 years. We participated in events with Local schools collecting trash, invasive fish species and worked with the City of Honolulu’s Storm Water Quality Department to educate students and the public about the importance of clean storm water. The primary goal was to get students involved so that they could become better stewards of their valley and teach their families how to as well. 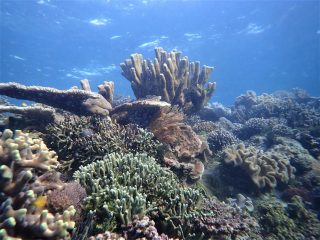 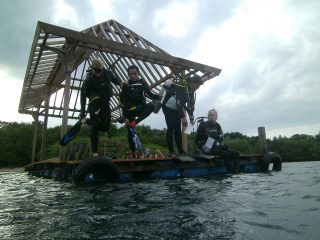